skip to main | skip to sidebar

NOTE - OCTOBER 2011 - This flightgear blog has been moved to a new host site to enable expansion - http://heritageflightgeardisplays.wordpress.com so please change your bookmarks for future reading.

ABOUT THE AUTHOR - PHIL BUCKLEY

HISTORY
The owner of Heritage Flightgear Displays and author of the webpage, Phil Buckley, who is based in Sydney, aged 33,  is an aviation enthusiast who has had a life long interest in aviation .....for over 26years.

Since 1984 I have attended many airshows, airports and had many joyflights and flights around Australia and overseas. The interest in warbirds began in the mid 1980s from reading magazine and books on WW2 / Korean War  / Vietnam War and has grown from there.

Combined with the new hobbie of collecting and restoring flightgear from 1996, the passion for warbirds has grown to cover many areas. Collecting flightgear has enabled me to understand the relationship between pilot and aircraft much better and what it takes for a military pilot to survive and fight another day.

WARBIRD INDUSTRY AND NETWORKING
AWAL - I nowdays share my interest / passion with the rest of Australia in seeing flying warbirds by using various methods to help the Australian Warbird community. I am active with the Australia Warbird Association Limited - AWAL - as a member and networking with many people each year to learn and gain more insight to warbird operations..
As i dont fly as a pilot due to medical reasons, I hope the small efforts that i do will somehow help contribute to ensuring the various owners and museums are able to keep the heritage of the military warbirds alive long into the future.

Aircraft museums/owners - I have has worked with various museums and aircraft owners since 2008 to organise warbird photo shoots with flight gear, helped to make museums/airshow/open days/events more interesting for the general public with displays and is fostering new relationship with many Australian and US warbird owners.

In the next few years I am expecting to acquire a warbird cockpit or potentially a warbird aircraft to restore depending on how things pan out.

MEDIA WORK
Magazine journalist - By taking an active and hands on role / interest in Australian warbirds, it has lead to me becoming the current warbird news journalist/news contributor to the Australian Pilot / AOPA magazine, which is published every 2 months.By showing interest and willing to take responsibility it can open up new doors which can benefit many people.
Beside the news information, occasional feature articles appear in AOPA on various warbird or aviation topics. I started writing in Oct 2009 this role via a warbird owner friend and has gone on to make many new contacts.
I also contribute other stories to overseas magazines.

News column and RAAF F-111 retirement special - are some examples of articles that are contributed to the AOPA magazine. 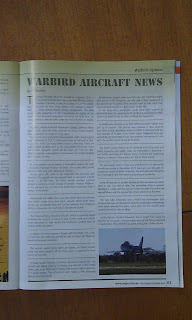 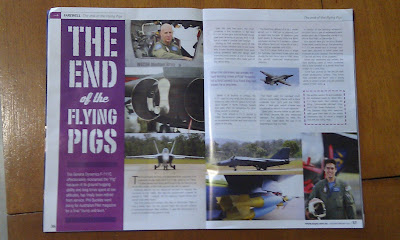 At work out and about on photo jobs -
Doing F-111 media shoot in November 2010 at RAAF Amberley - thanks to Brad for the photos. 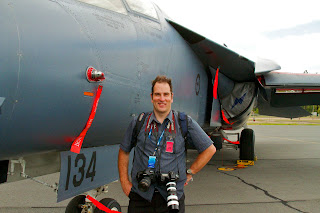 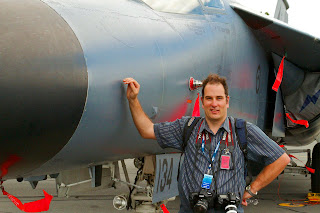 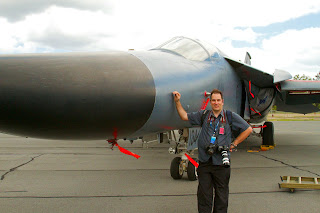 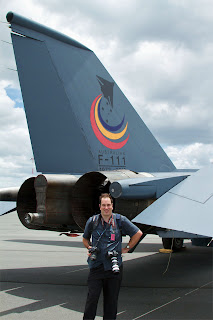 Phil is seen in middle in dark blue shirt and black pants on the RAAF Amberley flightline in November 2010.

FLIGHTGEAR BOOK
In 2011 i am expecting to publish a book on warbirds and flightgear to further encourage people to learn more about Australian warbird operations.A flightgear calendar is expecting to be sold in  late 2011 - if I can organise this and there is a sufficient demand for it.


RAAF AIRSHOW DISPLAYS
I have offered/ being working with the RAAF beginning in 2010 at airshows/special events, to encourage more people to learn about RAAF service use and history of flightgear from WW2 to 1990s.

OTHER SKILLS
I also have a variety of skills gained from other hobbies which helps to make the aviation/warbird projects workable.

I have been noted for my creative photography work and art skills.
My other new skills over the last few years is that I create / maintain webpages for a variety of volunteer groups and runs a few webpages for my own hobbies.